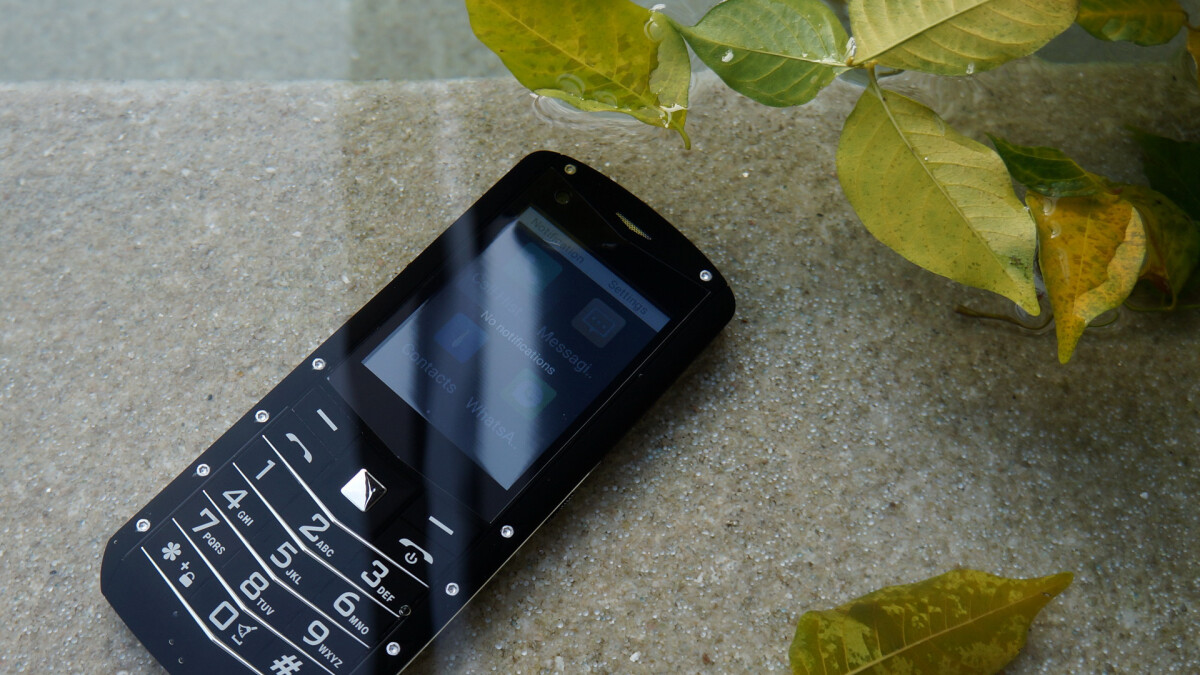 AGM Mobile is a company that specializes in building highly durable smartphones for professionals or active people who need a handset that can survive a… harsher lifestyle. Its products vary, going from feature phones that cover one’s basic modern needs to flagships that are both durable and affordable.

The company’s newest device is the AGM M5. It sports the appearance of a simple feature phone thanks to its hardware keypad and 2.8-inch display. It runs a light version of Android, making sure you can run your essential apps and stay connected on the go. As such, it operates as a mix between a feature phone and a smartphone — you can use its hardware keys for ease of operation, but are also free to interact with its touchscreen.

The AGM M5’s rugged shell is rated IP68 for ingress protection for both water and dust particles. To top it off, its outer shell is shock-proof and can take more than a couple of bumps in stride.

On the inside, it’s powered by a Qualcomm Snapdragon 210 and 1 GB of RAM, with 8 GB of storage to load your essentials on to the device. The trunk holds a 2,500 mAh battery, which will keep the lights on for quite a long time, thanks to the power-saving hardware and the lightened version of Android on board.

You will still get 4G connectivity as well as light versions of Facebook, WhatsApp, and Skype, optimized to work on the smaller screen and keypad input. All of this comes in a compact and light package, weighing in at 150g and measuring 155 x 63.4 x 16.4 mm. What else does AGM have planned?

If feature phones are not your cup of tea, don’t worry. AGM is also planning to release a new flagship — the AGM X5, which will be rugged, powerful, and capable of 5G connectivity. For those that want more of a mid-range smartphone, look forward to the release of the AGM A10 — an affordable handset with the same rugged shell that AGM is famous for.